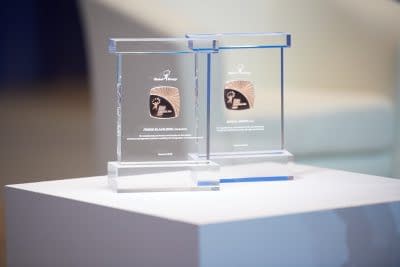 The Global Energy Association presented the shortlist of the Global Energy Prize 2020. It includes 15 scientists from the USA, China, Germany, Italy, Australia, Japan, Greece and Denmark. The laureates will be announced on September 8 following a private session of the International Award Committee.

The shortlist for the Global Energy Prize 2020 looks like this:

Carlo Rubbia (Italy) – “Nuclear energy. For the general commitment in the field of energy to achieve a better world sustainability”

Jay Keasling (USA) – “Bioenergetics. For developing a simple and much less expensive microbial-based synthesis to be used in developing countries”

Eli Yablonovitch (USA) – “Efficient energy use. For his fundamental contributions in the fields of photovoltaics, semiconductor lasers, and photonics, and their translation in technologies for more efficient solar energy exploitation and telecommunications”

Nikolaos Hatziargyriou (Greece) – “Efficient energy use. For outstanding and sustained contribution in operation and control of microgrids”

Xinghuo Yu (Australia) – “Efficient energy use. For outstanding and demonstrated contribution in new ways of energy application in cyber-physical environments”

Henrik Lund (Denmark) – “Efficient energy use. For creating the advanced energy system analysis software EnergyPLAN, which is a freeware used worldwide that have form the basis of more than 100 peer reviewed journal papers around the world.”