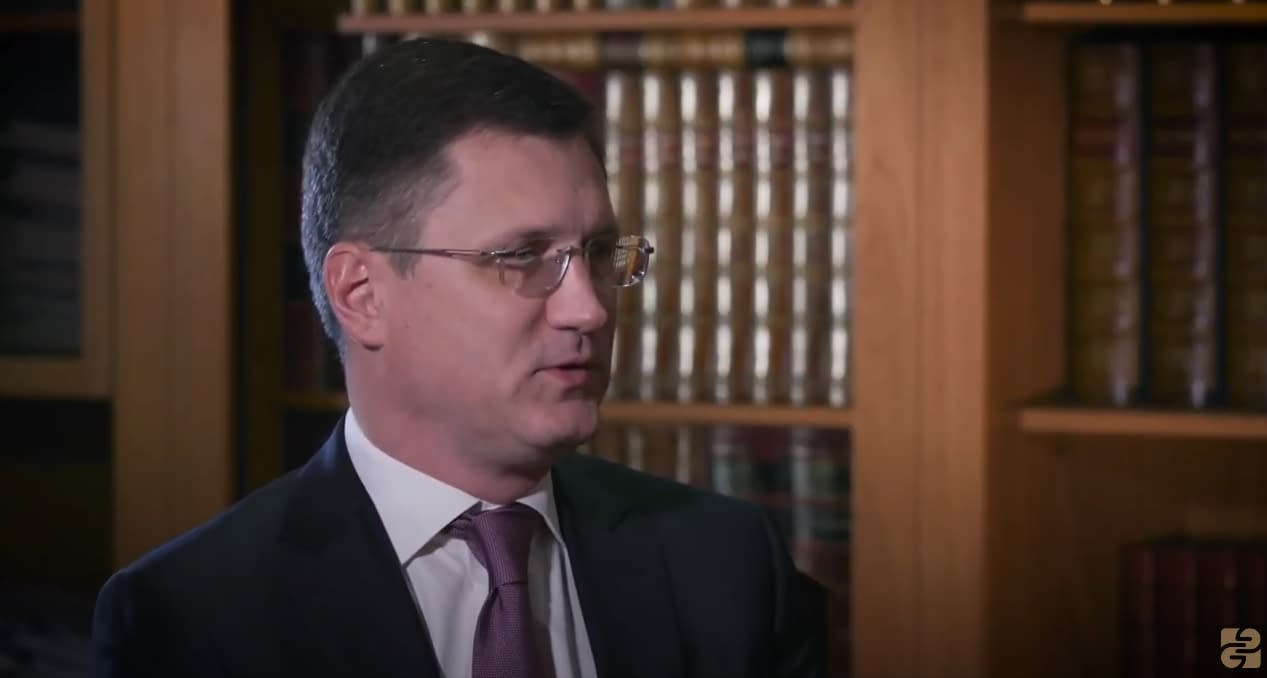 Russia is ready in the future to become a supplier of energy derived from new technologies, including the use of renewable sources and carbon-free methods, Energy Minister Alexander Novak said in an interview with the President of the Global Energy Association, Sergey Brilev.

The European Union has already approved a “green deal” calling for a transition to a carbon-free economy by 2050.

The basis for such a transition must be the universal introduction of technologies of producing energy from renewable sources and the use of new “clean” sources – meaning carbon-free – including, for instance, hydrogen.
In addition, consideration is being given to the introduction of a carbon tax on goods imported to Europe from different countries. This was the key issue in the interview.

“As we can see, Europe has set itself the task of a maximum transition in its energy balance to renewable sources of energy. Hydrogen is therefore a very topical and a very popular talking point at the moment – production, storage, and its future use as an energy source or as a means of storing energy,” Novak said.

“And we, in Russia, are also devoting considerable attention to this. Our companies, like Gazprom and Rosatom, are actively engaged in scientific research in this sector, development of the appropriate technology. The task is to take on the trend of these changes and ensure we have the associated technologies. As suppliers of energy, we in Russia are ready to become future suppliers of energy in accordance with new technologies and we are ready to take part in such development alongside other countries.”

The minister said Russia had already reached agreement with German partners to sign a memorandum on conducting joint research in this area.

“We are therefore ready in this to be partners for Europe,” he said.

The use of hydrogen and other energy sources, including renewable sources, would depend on the economics of the projects concerned, Novak said.

“A lot will depend on production costs, on the economics of the process. I believe that there is plenty of potential in hydrogen,” he told Sergey Brilev. “Many people say that in terms of the energy balance of the future, it could account for seven to 25 %. And as the technology of producing solar or wind power becomes cheaper, this technology is undergoing active development. That will, of course, mean that it will become cheaper to produce hydrogen.”

The issue of an energy transition and the use of hydrogen as an energy source will be a focus of  discussions, including at the 10th anniversary of the World Energy Union’s Congress, due to take place in 2022 in St. Petersburg.
But while due attention must be given to the development of new hydrogen technologies, he said, we must not forget that traditional energy sources will still be in use throughout the world.

”Even as we approach 2050, they will still account for the lion’s share of the world energy balance. It is possible that other sources, another sort of energy balance, will be in place in local terms, in Europe, for instance. But if you look, in general, at Africa, the Asia-Pacific region or Latin America, hydrocarbons will still dominate the energy balance,” he said.

“And it will be important to understand what conditions will be needed to ensure production of the appropriate energy resources for the entire world – and not just Europe in terms of renewable energy sources.”

Oil-producing countries, he said, therefore need to continue working together and “keep their finger on the pulse” to guard against any imbalance in world oil markets, particularly against the background of the COVID pandemic.

“We have to keep our finger on the pulse, we have to cooperate in the same way that we have been cooperating and we are doing now with OPEC countries and those outside OPEC in order to create conditions for a normal market, a restored market and guarding against excessive stocks that could lead to a collapse,” Novak said. “And maybe, unfortunately, or maybe it is our good fortune, that these instruments are still working.”

The issue of cooperation on oil markets and efforts to tackle climate change were the key topics at the meeting of G20 energy ministers.

“There was an exchange of views on the current situation, on restoring world energy markets. And, of course, on the need to cooperate,” Novak said.

“The second key topic of discussion was climate issues, a carbon-free economy. As the G20 is made up of different countries – hydrocarbon producers and consumers and many European countries – it is clear that interests do not always coincide. And the resolution, the communique that was worked out was a matter of compromise between G20 countries in terms of an approach to clean technology and an energy transition.”

Novak said the communique contained principles that have come to be known as “the 4 Rs” (Reduce, Reuse, Recycle and Remove).

“A lowering of carbon levels, in the first instance, of carbon emissions in the atmosphere by introducing high efficiency energy technology. Also discussed was capture – working out new technologies for carbon capture and not releasing it into the atmosphere. The third aspect was reprocessing – the use of industrial technology and the use of carbon in other forms of production and goods,” the minister told Sergey Brilev.

“The last one was burial or removal. These are new technologies, again to keep carbon from being released into the atmosphere and used in, for instance, pumping CO2 for oil extraction.“

“At the same time, we said we should not write off traditional energy sources, like natural gas. This meant that we should not speak only about renewable energy sources in a future carbon-free economy while the needs of the world economy still depend to a great extent on hydrocarbons. We need to increase efficiency, make existing energy sources cleaner.”