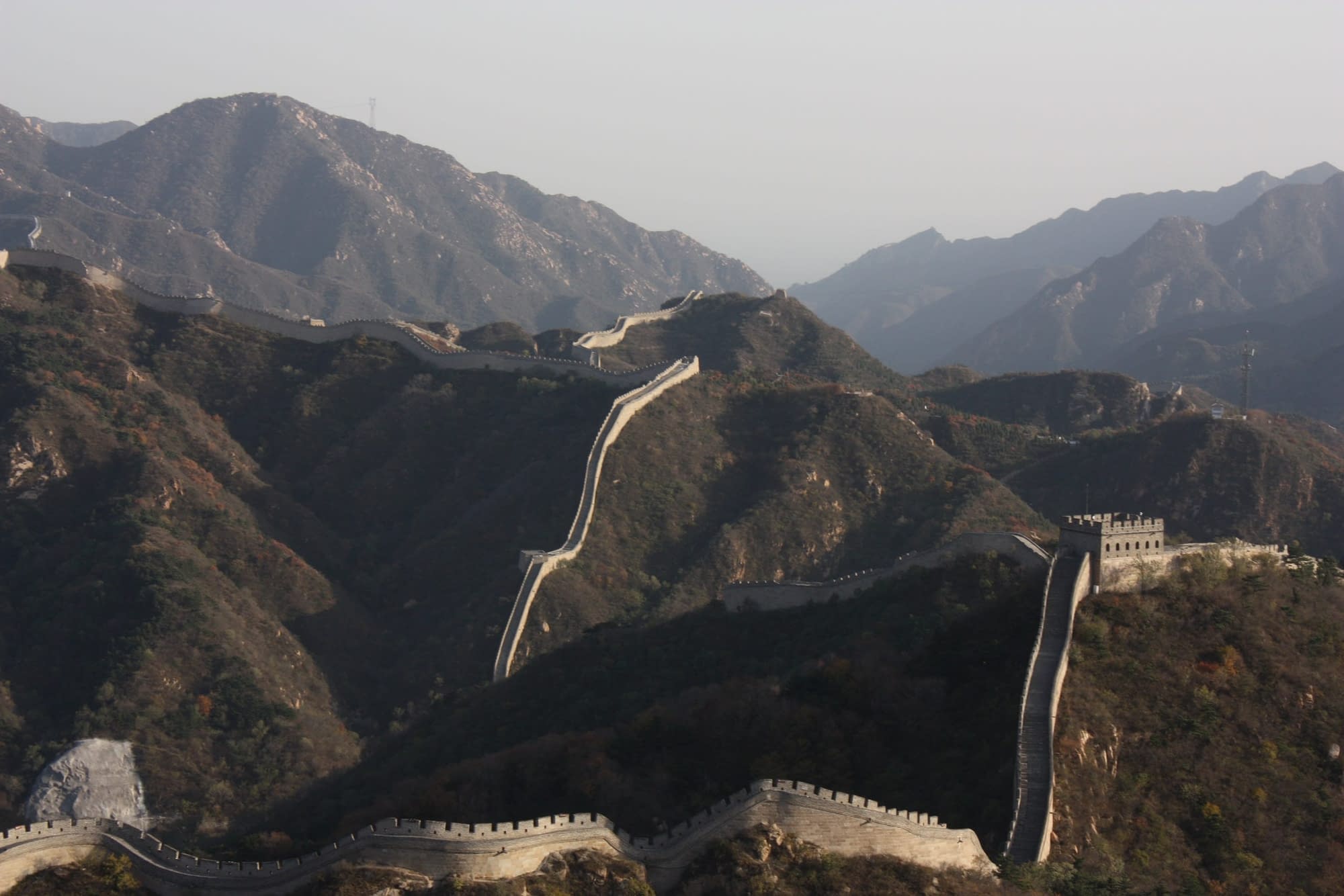 China, the world’s biggest consumer of energy and the biggest producer of greenhouse gases, unexpectedly proclaimed its intention to achieve a carbon-neutral economy by 2060.

As matters now stand, China is a rapidly developing economy which accounts for 20 % of the world’s GDP and depends to a great extend on hydrocarbons – which account for 90 % of energy use. And China is responsible for nearly 30 % of all world CO2 emissions – 10 billion tonnes per year.

In his address to the 75th session of the U.N. General Assembly, Chinese Head of State Xi Jinping said  China planned to hit a peak of its CO2 emissions by 2030 and achieve zero emissions in the atmosphere by 2060.

The declaration was tantamount to detonating a bomb.

How could China, renowned for smog engulfing its cities and its coal-fired power stations, somehow manage to reduce its emissions and make such a significant contribution to world-wide efforts in the fight against climate change?

Under the terms of the Paris agreement on climate change, most European countries intend to hit their emissions peak by 2025 and to achieve neutral carbon emissions by 2050. But here was China saying that, as a developing economy, it had a form of advantage compared to developed countries that placed no controls on emissions for decades. It set 2030 as a target for hitting its peak.

The country had never previously indicated that it intended to achieve zero emissions. And it was for that reason that Xi Jinping’s declaration was an extremely important political move aimed at both Europeans and the United States, which announced its intention to withdraw from the Paris agreement.

The analysts said China would have to have to increase its capacity for wind, solar and energy storage 11-fold from 2020 figures – to a total of 5040 GW.

Coal production, by contrast, would be halved, while gas production would remain at 2019 levels.

The goal set by China is an extremely ambitious one — met with enthusiasm by environmental activists the world over and with skepticism by a number of experts.

The independent research group Climate Action Tracker calculated that fulfilling this aim would reduce forecasts for global warming by 0.2-0.3 degrees Celsius. This would amount to the biggest reduction in emissions in history by a single country – particularly such an important country on a world scale.

Skeptics, on the other hand, note that China has provided no detailed information about the steps the authorities intend to take to decarbonise the economy. Large-scale heavy industry is highly developed in China – the country provides about half of world demand for steel, copper, aluminium and cement.

Over the past 20 years, CO2 emissions in China have risen six times more quickly than in the rest of the world. And China is still responsible for nearly two-thirds of the global rise in CO2 emissions, according to the IEA.

Where coal is king

The country remains the world’s biggest consumer of coal and importer of oil and more than 60 % of the energy produced is based on those resources.

The share of coal in China’s energy balance is one and a half times higher than it was in the United States in the 1950s – the “golden age” of coal.

And the country appears to be in no hurry to abandon coal.

From 2013-2017, coal consumption declined, partly because of environmental considerations, but against a background of attempts by the authorities to stimulate the economy, its use is again on the rise.

In the first six months of this year alone, the country has issued more permits for construction of coal-fired power stations that it did throughout last year. According to data from China’s Centre for Research and Clean Air, as of May of this year, carbon dioxide emissions from industry had risen 4 % compared to last year’s levels.

Coal is China’s paradox – it is at the same time the biggest problem for the country to achieve its transition to zero emissions, but it is also the country’s biggest opportunity.

Statistics for 2019 show that 58 % of Chinese consumption is taken up by coal and in many regions coal is used to heat buildings. In 2019, coal generating capacity rose by 40 GW – to approximately 1,050 GW, with a further 100 GW in capacity under construction. But many European academics predict that much of this capacity will not be needed.

It is possible that the urgent need for a large-scale replacement of “dirty” power stations and rapid development of technology of renewable resources will make it simpler and preferable to replace coal with “green” sources rather than simply reducing the use of oil in transport and cutting emissions in the farming sector.

Analysts Wood Mackenzie believe that the most complicated problem will not be investment, but rather the social transition involved with introducing renewable energy sources. For example, cutting coal capacity by half will lead to serious job cuts in the coal industry and will affect incomes in regions linked to the industry. Chinese authorities will therefore clearly have to modernise coal-fired stations and Incorporate the use of technology for capturing and storing carbon.

A Bloomberg report, citing figures from a Chinese climate research institute, said that by 2060 the share of non-fossil fuels in the country’s energy balance would have to rise to 80 % from 15 %, with a particularly sharp rise coming into effect from 2030.

The United States remains the world’s top producer of nuclear power – accounting for about a third of the total. But China, long viewed as one of the world’s nuclear centres, is right on its heels.

According to consultants GlobalData, quoted by Bloomberg Green, China will overtake France for second place in 2022 and within four years could even dislodge the United States for the top spot.

Official Chinese forecasts show nuclear power capacity will have to more than double to 130 GW by 2030. That would account for 10 % of national power production – compared to 2 % at the moment – a figure that will have considerable influence on the world market for nuclear power.

As of 2019, China had a nuclear power generating capacity of 49 GW and that figure is to rise to 55 GW this year. The government has announced that six to eight reactors will be brought on stream each year.

While in Europe, nuclear power continues to give rise to many questions and world-wide the industry is mired in stagnation, China has no intention of slowing things down. The country is working on creating small-scale power stations, to be installed in residential districts using the same basis as standard large stations connected to the power grid.

Small stations are also to be installed on barges to be used for extracting oil from shelf deposits, the global economic website Quartz reported.

Clearly, the main contribution in eliminating carbon emissions will come from solar and wind energy.

And China is by no means starting from scratch – the country is already a world leader. And the Commission for Electricity Transmission calls for existing capacity to be increased nearly by a factor of 15. And renewables have in recent years become a clear priority for Chinese authorities.

At issue here is not just hydroelectric, wind and sun. The Chinese have clearly pursued an all-purpose strategy that includes such exotic variants as marsh gas, geothermal energy, tidal power and others.

China has set itself the task of producing all equipment necessary for renewables to operate. The country is already dominant in terms of world production of wind turbines and photovoltaic cells. It is also the world leader in terms of electricity generation from renewable sources.

According to data from the International Renewable Energy Agency (IRENA), wind power generating capacity in China increased from 2008-2018 by a factor of 22 times and solar power by 700 times. Statistics from last year show that China produced nearly a third of all renewable energy world wide (compared to 10 % for the United States). Total capacity from solar panels stood at 204 GW.

The government’s plans call for the share of renewable energy to rise this year to 27 % of all energy production.

According to recommendations made by the Institute of Climate Change and Sustainable Development at Tshingua University, China must, in order to achieve its goals, boost its share of consumption of non-fossil fuels by 2025 to 20 % from 16 %. And the country must also, in a new five-year plan drafted by the government, include a requirement on limiting, by the same deadline, annual carbon emissions to 10.5 billion tonnes. Emissions currently stand at about 10.3 billion tonnes.

Fossil fuels will still be needed – 16 % of consumption – and that means the country will have to compensate for the decline in their use by introducing new technologies on capturing and absorbing CO2 emissions.

According to a plan drafted jointly with the Massachusetts Institute of Technology at Cambridge, emissions will continue to rise until 2025 and plateau over the following five to 10 years. After 2035, the volume of emissions will fall sharply to reach zero by 2060.

Experts put the cost of investment to complete the transformation at about $20 trillion.

It is of interest that China is undergoing the transformation from subsidising producers of renewable energy to new market mechanisms – trading emissions credits and “green” financing and reform of the spot electricity market. For the moment, these reforms have had limited development and are clearly not enough to reduce the influence on climate change quickly.

What is more, China intends to boost hydrogen consumption by more than a factor of three – to 81 million tonnes per year from 25 million at present – as well as broadening the use of storage batteries to 510 GW by 2050 (half of the total world-wide volume by that date, according to Bloomberg).

The IEA believes China should aim to develop sectors with low hydrocarbon capacity and proceed with large-scale reforms on rebalancing the economy and stimulating the service and hi-tech sectors. It also calls for the introduction of tough standards on energy efficiency for buildings, home appliances and equipment and increased investment in energy efficiency.

A policy of introducing high standards for energy efficiency could boost employment in the construction sector and enhance the competitiveness of Chinese appliance manufacturers.

For both transport and for electric motors, China has introduced the highest standards for each category and its energy service companies play an active role, particularly in industry.

But further efforts must be pursued and kept active, by devising and introducing innovations in new technologies in order to renew and modernise the energy sector.

“It has an unparalleled ability to develop new infrastructure and industrial systems, and it has been scaling up its innovation capabilities,” the IEA said of China in its assessment of the country’s energy ambitions. “While the barriers are real, China can muster exceptional resources to tackle them.